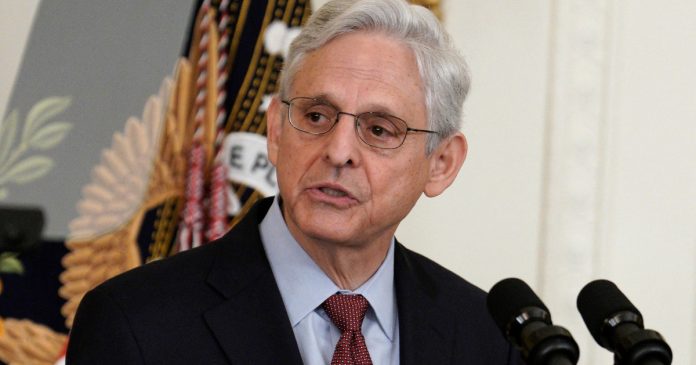 Smith, whose appointment is meant to insulate the investigations from political pressure, will decide whether to seek an indictment over Trump’s handling of presidential records—including highly classified material — at his Mar-a-Lago residence, as well as over his efforts to retain power after his defeat in 2020.

“Based on recent developments, including the former president’s announcement that he is a candidate for president in the next election, and the sitting president’s stated intention to be a candidate, as well, I have concluded that it is in the public interest to appoint a special counsel,” Garland said in his announcement Friday. Garland said Smith will not have authority over pending or future prosecutions of people who attacked the Capitol on January 6, 2021.

The Justice Department has already said in court filings that it has found “probable cause to believe that evidence of obstruction will be found at” Mar-a-Lago, a possible reference to efforts by Trump to hide documents. DOJ prosecutors reportedly already believe they have sufficient evidence to charge Trump as soon as this year. Garland said Friday that he was “confident that this appointment will not slow the completion of these investigations.”

A special counsel could also pursue a broader mission than a regular federal prosecutor. Under Justice Department rules, Smith—like former special counsel Robert Mueller—must provide a “confidential” report to the attorney general detailing any decisions about whether or not to file charges. There is no requirement that the attorney general release the report publicly in any form, nor that it be any particular length. But Mueller, and previous special counsels, have established a precedent of releasing a full report to the public, which creates some pressure for Smith to follow suit.

Trump and his allies have accused the Justice Department, with little evidence, of targeting him in a bid to weaken him politically. Rep. Jim Jordan (R-Ohio), who is expected take over the chairmanship of the House Judiciary Committee when the new Congress convenes in January, has said he plans to investigate alleged politicization of the DOJ and indicated Friday that he will seek testimony from Garland and FBI director Christopher Wray, among others. The appointment of a special counsel could help provide some protection against charges of politicization and might also help shield investigations from efforts by Congress to interfere with them.

Garland described Smith as a “veteran career prosecutor” who began his career as an assistant district attorney in the New York county DA’s office in 1994. Most recently, he was a chief prosecutor in the Hague investigating war crimes in Kosovo. “Throughout his career, Jack Smith has built a reputation as an impartial and determined prosecutor who leads teams with energy and focus to follow the facts wherever they lead,” Garland said. “As special counsel, he will exercise independent prosecutorial judgment to decide whether charges should be brought.”