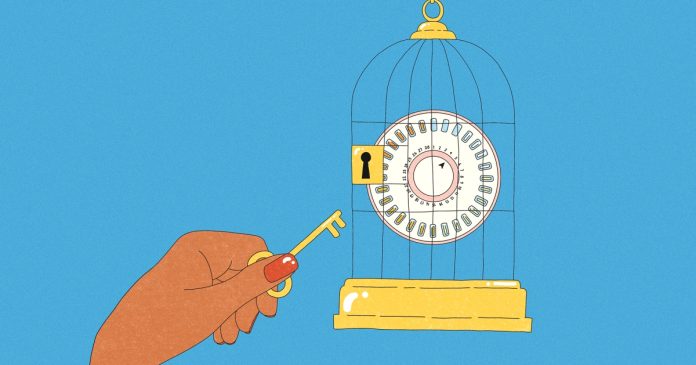 If you’re one of the estimated 10 million people in the United States taking oral contraception, you probably needed a prescription to get it. But that could soon change: In July, a Paris-based company, HRA Pharma, announced it asked the US Food and Drug Administration for permission to sell its progestin-only birth control pill over the counter. For the first time since its approval in 1960, the Pill may be available with no requirement to consult a health care professional—a significant hurdle for those most in need of the medication.

The US wouldn’t be the first country to #FreeThePill; in fact, oral contraceptives are available without a prescription in more than 100 countries. That’s because the Pill is nearly 100 percent effective when taken regularly, and safe for most people. Blood clots, a risk associated with the drug, are serious, but rare in today’s formulations: Every year, between one and five out of 10,000 women who are not on hormonal birth control or pregnant experience a blood clot; for people on the combination (estrogen and progestin) pill, the risk rises to between three and nine out of 10,000 people. And there’s no increased risk of clots for those on a progestin-only pill. In recent years, dozens of US medical organizations have declared support for a nonprescription pill, and an overwhelming majority of voters appear to be in favor of making the change.

So, what took the US so long? Oral contraceptives have a fraught history in this country. Researchers first tested them on low-income women in Puerto Rico, who were not told they’d be participating in a clinical trial—a clear ethical violation by today’s standards. Once the Pill hit the market, it offered an appealing alternative to diaphragms and condoms. It “gave women power over birth control,” University of Minnesota historian Elaine Tyler May told me, “without the participation of her sexual partner, and without necessarily even his knowledge.” But as Tyler May notes in her 2010 book, America and the Pill, in many states the drug was initially only prescribed to married women, and obtaining it still required the involvement of a doctor—usually a man.

The Pill has since become easier to obtain, but barriers remain. For many, getting a doctor’s script often means taking time off work, securing child care, filling out paperwork and providing identification, paying appointment copays, and risking negative interactions with providers—difficulties that particularly burden people of color, those who are LGBTQ, disabled, young, and/or those living in rural areas. A 2016 study from Ibis Reproductive Health, a nonprofit research advocacy organization, showed that about a third of American women who’ve tried to get a prescription for hormonal contraception have experienced issues, with Spanish-­speaking women and those who were uninsured “significantly more likely to report difficulties.”

An FDA approval would be a “step forward,” California Latinas for Reproductive Justice Communications Director Susy Chávez Herrera says, “in terms of expanding health care access, and folks in our community having bodily autonomy.”

A decision from the FDA is likely several months away: A panel of independent experts was set to meet on November 18 to discuss HRA Pharma’s proposal, but the meeting was postponed, reportedly to accommodate more data. Now, the agency is expected to weigh in on over-the-counter birth control sometime next year.

In any case, the fight for access won’t end at the pharmacy. For one, the FDA typically only considers one product at a time; a green light for HRA Pharma’s pill won’t automatically free up other options. (So far, just one other company, Cadence Health, has said it plans to ask the FDA for approval to sell its combination pill over the counter, but has yet to complete the necessary research trials.) And just because a drug is available doesn’t mean it will be affordable. “Having the FDA approve an over-the-counter birth control pill would be a huge win,” Chávez Herrera says, “but it would not be complete if it was not accessible to the people that really need it.”

Research underscores the need to keep costs low. A 2018 study from Ibis found that generally, adults are willing to pay up to $15 for a one-month supply. “If the price goes up much more than that,” says Daniel Grossman, a professor in the department of obstetrics, gynecology and reproductive sciences at the University of California, San Francisco, and an author of the study, “then interest really kind of bottoms out.” When I asked HRA Pharma how much its pill would cost, their Chief Strategic Operations and Innovation Officer Frederique Welgryn told me in an emailed statement that the company would “set an acceptable price tested with consumers” and is working on developing a financial assistance program.

One (partial) solution is to ensure that over-the-counter contraceptives are covered by insurance. In May, Democrats in Congress introduced a bill that would require insurers to cover nonprescription birth control “without any out-of-pocket costs” to consumers. But it has yet to pass, and the legislation faces an uncertain future in a split Congress. In the meantime, some states have already moved to limit access to contraception, including with laws that allow certain insurers, doctors, and pharmacies to refuse care, usually because of religious objections.

Now, after the Supreme Court’s overturning of Roe v. Wade in June, the FDA’s decision of whether to approve HRA Pharma’s pill comes at a critical moment. But after more than 60 years on the market and hundreds of millions of pill-takers worldwide, an affordable over-the-counter option is long overdue. As one of those pill-takers, I say: It’s time to set it free.