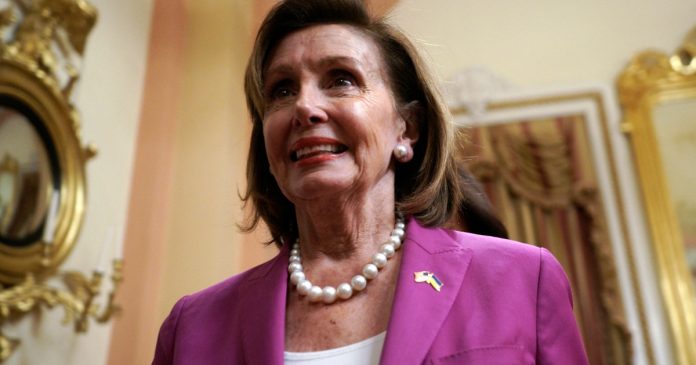 House Speaker Nancy Pelosi announced Thursday that she would not seek reelection to a leadership post in the House of Representatives. She does not plan to resign and will continue representing California in Congress—bringing an end to a historic string of leadership firsts for the powerful Democrat.

“We must move boldly into the future, grounded by the principles that have propelled us this far and open to fresh possibilities for the future,” Pelosi said on the House floor on Thursday. “For me, the hour has come for a new generation to lead the Democratic caucus that I so deeply respect, and I’m grateful that so many are ready and willing to shoulder this awesome responsibility.”

Pelosi’s announcement comes after a more than two-decade run in various Democratic leadership positions, including whip, leader, and, finally speaker—the first woman to be elected to that office. It also comes less than a month after an invader broke into Pelosi’s San Francisco home and allegedly assaulted her husband, Paul, with a hammer. Pelosi was not home at the time of the attack.

It’s unclear who will form the next generation of leaders in the Democratic caucus, but Politico reports that Reps. Hakeem Jeffries (N.Y.), Katherine Clark (Mass.), and Pete Aguilar (Calif.) are all eyeing leadership posts.

During the midterm elections, Republicans secured a narrow majority in the House. Earlier this week, House Minority Leader Kevin McCarthy (R-Calif.) won the Republican conference’s nomination to serve as speaker. If he secures 218 votes during the January election, he will succeed Pelosi as speaker of the House.