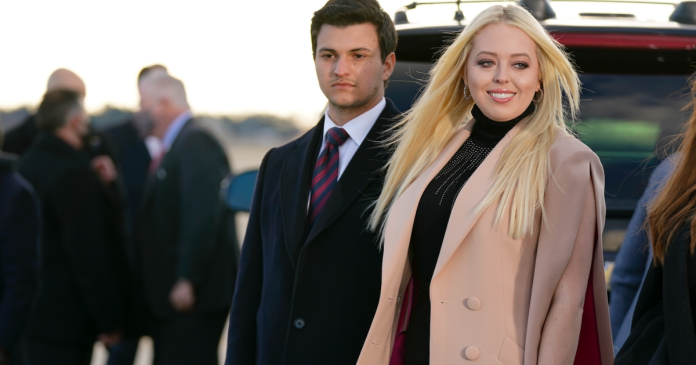 Tiffany Trump is so often forgotten among Donald Trump’s adult children. But for one brief Saturday, the former president’s 27-year-old daughter will be the focus of media and family attention as the Trumps gather in Mar-a-Lago for Tiffany’s wedding to her fiancé, a Lebanese billionaire heir named Michael Boulos. Or at least that’s what one might reasonably expect.

But after a gaggle of Trump-endorsed Republican candidates lost in the midterm elections, the GOP knives are out and dad is in the midst of a vintage meltdown. Who knows what chaos could erupt at Mar-a-Lago, as many in the GOP blame Trump for backing extremist, lying candidates and setting the stage for what proved to be a red dribble.

Control of Congress has yet to be determined—but watch out wedding guests. Ketchup may fly during the traditional father of the bride speech. An early warning sign: Look how sullen Trump appeared to be while practicing the walk down the aisle on Friday night:

So I’m taking bets right now: How unhinged do we think this is going to get? Will we see shots fired at Mitch McConnell? Will guests bear witness to more election lies and aggrieved rants? Who knows, there may also be some random racist garbage thrown in there too. I await the clips from Mar-a-Lago.

In any event, congrats are in order to Tiffany—the only adult Trump kid not under investigation for potential fraud. For her, at least, that and her nuptials are something to celebrate.