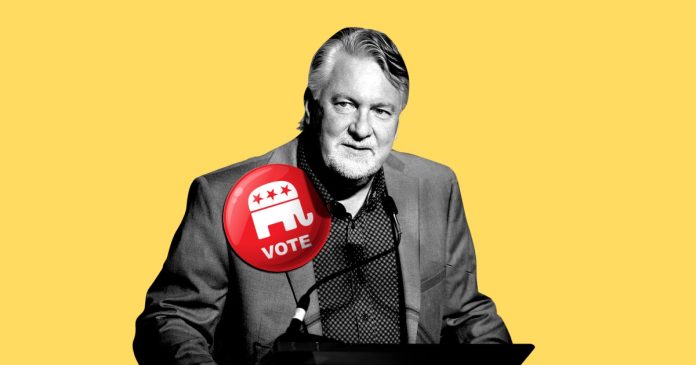 O’Dea stands out from other Republican midterm candidates by adhering to the bare minimum of human reasoning and decency: He accepts that President Joe Biden won the 2020 election; he supports codifying same-sex marriage nationally; and he supports legal abortion up to 20 weeks, and later in cases of rape, incest, or threat to the health of the mother, as Colorado Public Radio reports.

But for all his efforts to endear himself to middle-of-the-road Coloradans, O’Dea is still a Republican.

Despite his professed leniency on abortion, O’Dea considers himself pro-life and supports a nationwide ban on abortion later in pregnancy. (Colorado is one of the few states not to impose gestational limits on abortion; one Boulder, Colorado, clinic provides care to women who face the exceedingly rare circumstance of needing an abortion in the third trimester.) And, while O’Dea acknowledges that climate change is real, he doubts the extent to which it was caused by humans and has doubled down on his commitment to Colorado’s oil and gas industry.

It was always going to be a long shot for a Republican to unseat Bennet, but O’Dea had a better shot of increasing the state’s Republican representation than Heidi Ganahl, who sought to unseat incumbent Democratic Gov. Jared Polis. Ganahl, a self-described “Reagan Republican”—who has waffled on the validity of the nationwide 2020 president election tally—consistently trailed Polis by more than 10 points in polls in the weeks leading up to the election.

Colorado may have spawned conspiracy theorists like Tina Peters and far-right Trumpists like Lauren Boebert, but when it comes to statewide elections, Colorado is still blue. And O’Dea is still a Republican.