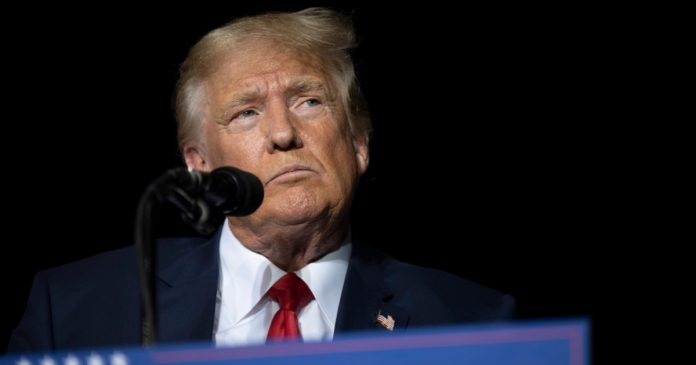 Opening statements started Monday in the criminal trial over whether the Trump Organization committed tax fraud, and lawyers representing the former president’s businesses immediately made their strategy clear: Throw longtime CFO Allen Weisselberg under the bus, over and over.

Last summer, then-Manhattan District Attorney Cy Vance Jr. indicted Weisselberg and two of Trump’s companies for allegedly engineering a scheme to hide hundreds of thousands of dollars in “off the books” compensation for Weisselberg and other employees. Prosecutors say that the companies paid the compensation in the form of perks like apartments, luxury cars, and private school tuition for Weisselberg’s grandchildren and that none of it was reported to New York or federal tax authorities.

Weisselberg pleaded guilty in August to 15 counts—including larceny, fraud, and tax evasion. He admitted that he did cheat on his taxes and that he helped the Trump Organization pay him more without getting hit by higher taxes. As prosecutors explained it in court on Monday, if the Trump Organization were to give Weisselberg a $100,000 raise and report the whole figure as his income, he would lose 50 percent of it to taxes—but if the company gave him an apartment or luxury car, or just envelopes of cash (which it allegedly did do), he could keep the whole amount by not disclosing it to tax authorities. The company would benefit by being able to give Weisselberg a smaller raise, confident he would keep more of it because it wasn’t going to be taxed. Weisselberg agreed to testify against his employer—though notably not against Donald Trump personally. Trump himself has not been charged in the matter.

On Monday, prosecutors told jurors that the case is fairly simple, open and shut.

“This case is about greed and cheating—cheating on taxes,” prosecutor Susan Hoffinger told jurors in her opening statement.

Weisselberg did it, he did it on purpose, and he did it to help himself and his employer, prosecutors said.

But, in their opening statements, attorneys for the two Trump-owned businesses facing charges railed against Weisselberg and even suggested that, if anything, Donald Trump might be the real victim in the whole scheme. Weisselberg has worked for Trump for nearly 50 years and was like family, the Trump lawyers said. They argued that Weisselberg had abused that trust and had betrayed the Trump family.

“Given the decades he was there and the projects he worked on and that he was with this family when times were good and when times weren’t so good—he was trusted by everyone, he was trusted to protect this company,” van der Veen told the jurors. “He was like family to the Trump family, and no employee was trusted more than he, but he made mistakes.”

And apparently, nobody was more surprised by Weisselberg’s crimes than the Trumps, who, the Trump attorneys said, only found out about Weisselberg’s tax evasion when indictments were handed down last July.

“You were all here during jury selection and heard the D.A. repeatedly argue that Donald Trump was involved in or even knew what Allen Weissleberg was doing,” van der Veen said. “You will learn that Mr. Weisselberg hid what he was doing from the company and from the owners of the companies.”

One of the difficulties that Trump’s attorneys will have to navigate is that Weisselberg remains on the payroll of the Trump Organization—which might lead jurors to doubt the idea that the Trumps were shocked to discover his supposed treachery. But, in his opening argument, van der Veen suggested that the reason for the continued close relationship is simply that the Trumps are such decent people.

“Since his crimes were discovered, he has been treated like a close family member who made serious and even criminal mistakes,” van der Veen said. “We all know the Bible story of the prodigal son—a man who put his own personal goals and desires ahead of his family’s—and when it all falls apart, he is taken back in by the same family and allowed to move forward.”

Van der Veen noted that Weisselberg is on paid leave but added that “his ability to financially support his family has not been stripped.”

The interpretation of events offered by van der Veen and the other defense attorneys also contrasts somewhat with how the Trumps themselves have described what is happening in the case. In a recent post on his Truth Social app, Donald Trump said prosecutors “tortured” Weisselberg and have charged him, even though “No such ‘fringe benefits’ case has ever been brought criminally(?) in the U.S., & right during the important Mid-Term Elections, of course!”

In court, Trump’s attorneys forcefully told jurors that the one thing they did agree on was that tax fraud had been committed. But they argued that even though Donald Trump had personally signed checks for some of the fringe benefits that Weisselberg received—like the tuition for his grandchildren’s private school—it was Weisselberg alone who bore responsibility.

“Allen Weisselberg has admitted to cheating on his taxes, his taxes!” van der Veen shouted in court on Monday, banging his fist on the podium.