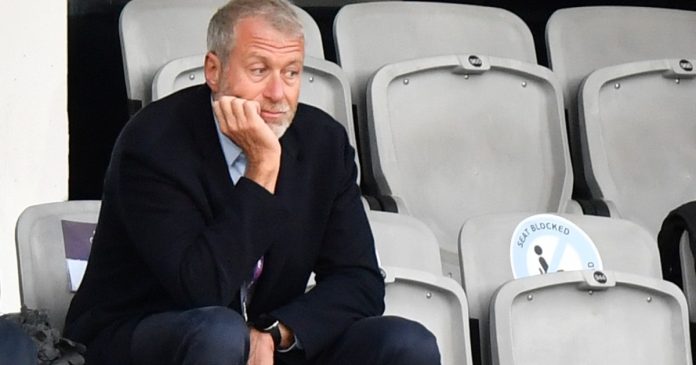 The FEC found that a US gas company used funds from Russian oligarchs including Roman Abramovich, seen here in 2021, to donate to GOP candidates in 2018.Martin MeissnerAP

The Federal Election Commission recently let a US company that was quietly bankrolled by Russian oligarchs off with a slap on the wrist despite discovering that it had illegally funneled Russian funds to US political candidates in the 2018 midterm elections, two Democratic FEC commissioners said in a scathing statement issued Friday.

“Half the Commission chose to reject the recommendation of the agency’s nonpartisan Office of General Counsel and turned a blind eye to the documented use of Russian money for contributions to various federal and state committees in the 2018 elections,” wrote the two commissioners, Ellen Weintraub and Shana Broussard.

Worse, when they went to explain themselves, the Republicans disregarded decades of Commission precedent, governing law, legal logic, and the interests of the United States.

Their misrepresentations demanded a direct response, and they’re getting one:https://t.co/K5pFsxK2H8 pic.twitter.com/POFpbRmujg

Anyone who follows campaign finance knows that the FEC has been toothless for years due to GOP commissioners’ opposition to any enforcement of laws designed to oversee money in politics. But Weintraub and Broussard suggest the agency hit a new low by letting the US firm, American Ethane, off with a deal in which it agreed to pay only a small civil fine.

Though based in Houston, Texas, and run by American CEO John Houghtaling, 88 percent of American Ethane was owned by three Russian nationals—Konstantin Nikolaev, Mikhail Yuriev, and Andrey Kunatbaev. The FEC report said that Nikolaev, an oligarch and Russian billionaire with close ties to Russian President Vladimir Putin, is the controlling shareholder. Separately, Nikolaev also underwrote efforts by Maria Butina, a Russian gun rights activist, to cultivate ties with the National Rifle Association officials and with associates of Donald Trump around the time of the 2016 election. In 2018, Butina acknowledged acting as an unregistered Kremlin agent and pleaded guilty to participating in a conspiracy against the United States. She was sentenced to 18 months in prison but was deported six months later.

According to lobbying disclosures, the company was seeking help from US officials in its efforts to sell US ethane to China and, in 2018, had hired a US lobbying firm, Turnberry Solutions, with close ties to former Trump campaign chief Corey Lewandowski. A year later, Lewandowki officially joined Turnberry, after previously disputing his connections to the firm. Turnberry, which traded on ties to Trump, shut down in 2021, months after he left office.

The FEC investigation began after it received a complaint citing press reports on American Ethane’s ties to Nikolaev and its donations to lawmakers. Weintraub and Broussard noted that the FEC found that American Ethane “made contributions using funds derived from loans from foreign entities ultimately owned by Russian nationals.” Federal law bans foreign funds in US elections, as well as direct corporate donations to candidates. American Ethane seems to have done both. The FEC found that the company made more than $66,000 in donations using money it got from offshore firms in the form of loans. According to an FEC general counsel’s report released last year, the owners of the offshore firms included Alexander Voloshin, a Russian politician and former state power company official, and Roman Abramovich, an infamous Russian oligarch and former owner of the British football powerhouse Chelsea. The money the company used to dole out donations ultimately came from the oligarchs, the FEC said.

During its four-year investigation, the FEC found that the funds initially put up by Abromovich and other Russian nationals were then funneled to Republicans in Louisiana: Sens. John Kennedy and Bill Cassidy, a political action committee run by Kennedy, a leadership fund run by House Majority Whip Steve Scalise, a PAC backing Louisiana Attorney General Jeff Landry, and the campaigns of Reps. Mike Johnson and Garrett Graves. Other contributions went to state lawmakers. The report didn’t explain why the company focused on Louisiana but the state is home to many natural gas firms, and its lawmakers advocate for the industry.

The lawmakers who received funds have not been accused of knowingly taking Russian money, though the final report from the initial investigation noted, “American Ethane attempted to make more political contributions, but those recipient committees never deposited American Ethane’s checks.”

American Ethane argued that the funds the company first received appeared as loan to the American corporation. Therefore, they claimed the donations it made were not foreign. The FEC rejected that argument. But it still recommended the firm only pay $9,500 as a civil penalty.

“The foreign-influence problem has not gone away in the meantime, to put it mildly,” Weintraub and Broussard wrote. “In this case, it is beyond unfortunate that for three of our colleagues, it was a bridge too far to penalize the use of Russian oligarchs’ money to influence U.S. elections.”