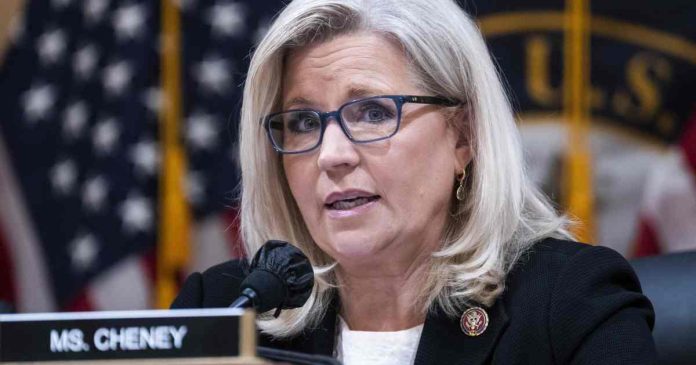 Liz Cheney’s mission to keep Donald Trump out of the White House hasn’t gone over well with her fellow Republicans. But the one-time GOP firebrand has opened a new chapter of her political career, and it involves formally endorsing Democrats.

.@Liz_Cheney & I certainly don’t agree on every issue, but at a moment when the heart of our democracy is being challenged, her voice & leadership have been indispensable. Looking forward to welcoming her to #MI07 next week. https://t.co/CebMlgHMPs

As the Associated Press reports, Cheney and Slotkin’s relationship goes way back: They both serve on the House Armed Services Committee and worked in the State Department before entering electoral politics. Meanwhile, Barrett, who has alarmed national Democrats by turning the race into a toss-up, has long pushed baseless election fraud claims, even authoring an unpublished letter asking Congress to delay certifying Biden’s election win.

“I’m proud to endorse Elissa Slotkin,” Cheney said in a statement. “Serving together on the Armed Services Committee, I have come to know Elissa as a good and honorable public servant who works hard for the people she represents, wants what’s best for the country, and is in this for the right reasons.”

This is both Cheney’s first public support for a Democrat and her first political endorsement since her primary defeat this summer—a landslide loss largely rooted in outrage over Cheney’s fierce condemnation of Trump’s efforts to overturn the 2020 election. But while her career in Congress may be done, Cheney has signaled that her efforts to prevent another Trump presidency are far from over—even if that means quitting the GOP.

“I’m going to do everything I can to make sure he is not the nominee,” Cheney said last month. “And if he is the nominee, I won’t be a Republican.”