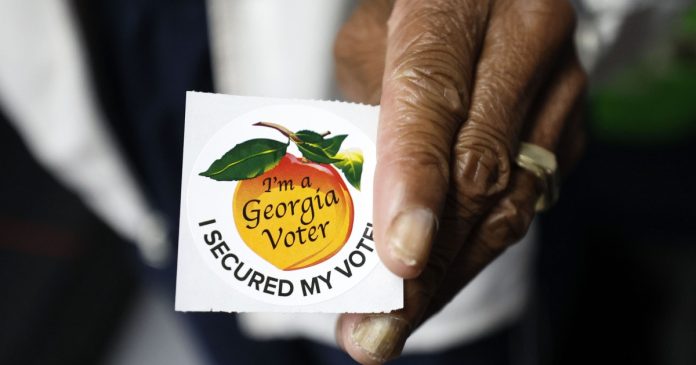 After two full days of early voting in Georgia, the state’s remarkable midterm turnout was on track to exceed that of the 2020 presidential election.

As of Wednesday morning, more than 268,000 Georgians had cast their ballots during early, in-person voting—a 75.3 percent increase from the day two totals for the 2018 midterms, and a 3.3 percent increase from those for the 2020 presidential election, according to the Georgia Secretary of State’s office. The turnout is especially impressive in light of a 2021 law aimed at restricting the right to vote in Georgia.

“We’re extremely pleased that so many Georgians are able to cast their votes, in record numbers and without any reports of substantial delays,” Secretary of State Brad Raffensperger said in a press release. Raffensperger, who is up for reelection himself, famously resisted former President Donald Trump’s efforts to pressure him to overturn the results of the 2020 presidential election in Georgia. Prosecutors in Fulton County are scrutinizing those efforts as possible crimes.

Instead of stoking fears of election fraud and targeting poll workers, Raffensperger made a point of reminding Georgians to trust the democratic process. “This is a testament to the hard work of Georgia’s election workers, the professionals who keep our elections convenient and secure,” he said.

As in 2020, the stickers local election workers hand out to voters even include a cheeky nod to conspiracy theories about election meddling: “I secured my vote.”