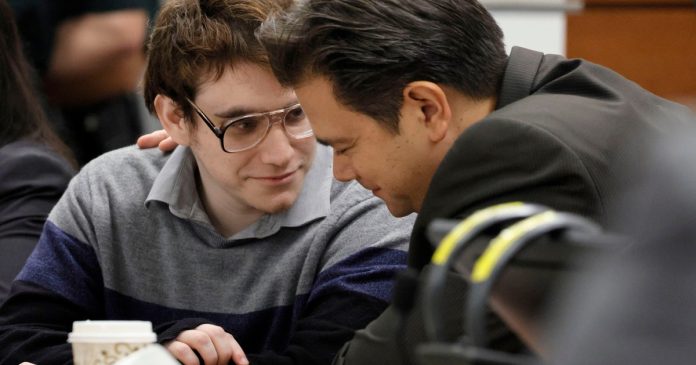 A Florida jury spared Parkland shooter Nikolas Cruz the death penalty on Thursday, recommending that he be sentenced to life in prison without the possibility of parole.

The recommendation comes as the result of a three-month sentencing trial to determine whether Cruz would be put to death after he pleaded guilty last year to 17 charges of first-degree murder and 17 charges of attempted murder.

In order to recommend the death penalty, the jury would have had to unanimously agree that Cruz’s crime carried at least one aggravating circumstance—such as committing murders that were “especially heinous, atrocious, or cruel.” As the Associated Press explained, the jury would then have to find that the aggravating circumstances outweighed any mitigating factors. Cruz’s attorneys had argued that his fetal alcohol syndrome and lack of proper psychiatric treatment should spare him the harsher punishment.

Court reporters described scenes of shock and outrage as the sentence was read. “I am so beyond disappointed and frustrated with this outcome,” Lori Alhadeff, whose daughter, Alyssa, was killed, said at a news conference. “I cannot understand. I just don’t understand.”

The Parkland massacre was the deadliest mass shooting to have gone to trial in the United States. Perpetrators of attacks that have killed more than 17 people have either been killed by police or died by suicide.