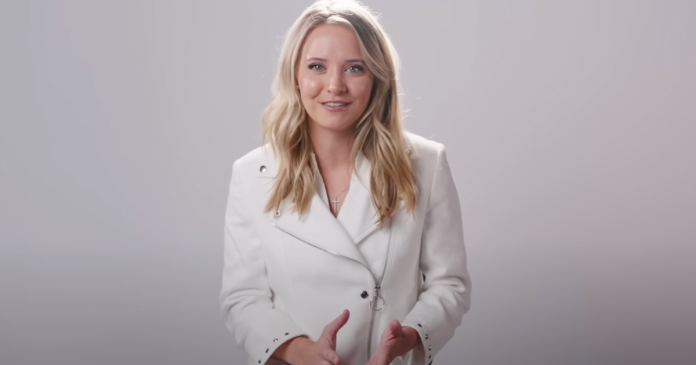 I met my husband in 2008 and therefore skipped the whole online dating universe that dominates how we hook up and fall in love in 2022. So I was pretty excited to try out The Right Stuff—the Peter Thiel-backed dating app for conservatives—you know, for journalism, and end my personal streak of dating-app virginity. “Inae falls in love with a patriot and divorces her husband,” my esteemed colleague Abigail Weinberg had predicted for me. Yeah, I was pumped.

But after filling out the questionnaires and selecting photos to build my profile, I got stuck on the last step requiring an invite. I had no choice but to hit delete; my status as a dating app virgin remains intact. But it turns out I wasn’t the only one disappointed by the system—a bunch of reviewers in the app store, first spotted here, also had complaints. Now, are these reviews all verified? One may never know for sure, a few of them seem like the work of clever liberal trolls. Still, I urge you to join me and take a tour of some of the comments. They are thrilling.

This has been, by far, the most common complaint against The Right Stuff—and I get it. Since I can pretty much guarantee no one in my social circles is on the app, it doesn’t look like I’ll ever be invited to this exclusive world. That makes me sad.

I have a hard time taking this one seriously. It’s just a bit…much. But what I can almost believe is genuine is the conspiratorial accusation that “this app is actually funded by Bill Gates” and that tech elites, liberals, you name it are plotting to use The Right Stuff to “exterminate all of us conservative Christians.” That’s the sorta stuff we expect from a growing number of Republican candidates out there, so why not this user? Sold.

As the Supreme Court looks to decimate privacy rights for ordinary citizens, this conservative is saying enough—at least regarding The Right Stuff. They even nod to “liberal web sites” that don’t seem to ask as many personal questions. Do I see a potential political convert? No, I don’t. But happy to see credit where credit is due.

I can’t verify the user makeup of The Right Stuff—and I’m pretty sure this particular one is satire—but another common complaint seems to be that the app skews heavily toward men. That’s likely problematic for love-hungry, right-wing dudes. But if true, the lack of women on the platform could be revealing. Sure, gender politics go far deeper than a simple liberal/conservative split. But maybe even conservative women aren’t exactly jumping at the opportunity to date fellow patriots?

This might be the most authentic review on there. No notes. I salute your honesty.