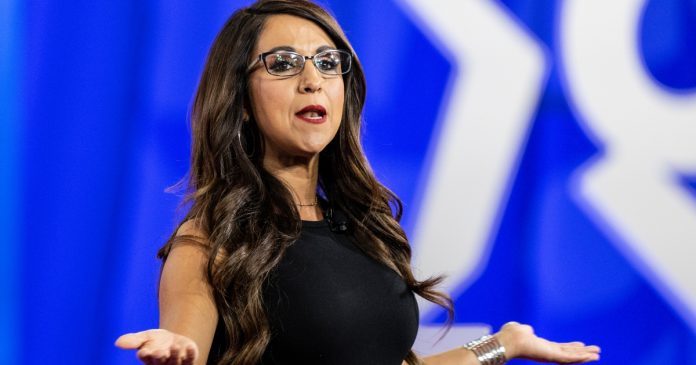 After Rep. Lauren Boebert (R-Colo.) clinched the Republican nomination for Congress in the state’s right-leaning third district, it seemed like she was a shoo-in for the general election. But recent polling suggests that Boebert’s re-election isn’t as sure as it appears.

A new poll by Keating Research has shown Boebert to have the support of 47 percent of likely voters, to her Democratic opponent’s 45 percent, Axios reports. There’s a catch: The poll was commissioned by Boebert’s challenger, Adam Frisch. Keating Research, a Democratic firm, has a B/C rating from FiveThirtyEight, which places Boebert’s odds of winning at 98 percent.

All polling should be taken with a grain of salt. Polling from Boebert’s opponent? Add some extra sodium.

Still, the Colorado congressional race is worth keeping an eye on. During her reelection campaign, Boebert has repeatedly touted legislation that she voted against, denied that her husband exposed himself to a minor (he pled guilty), and complained that she was “tired of this separation of church and state junk.”

She has also come under investigation in Colorado for her alleged misuse of campaign funds. Voters might be ready for a low-key, anti-“angertainment” Democrat after all.