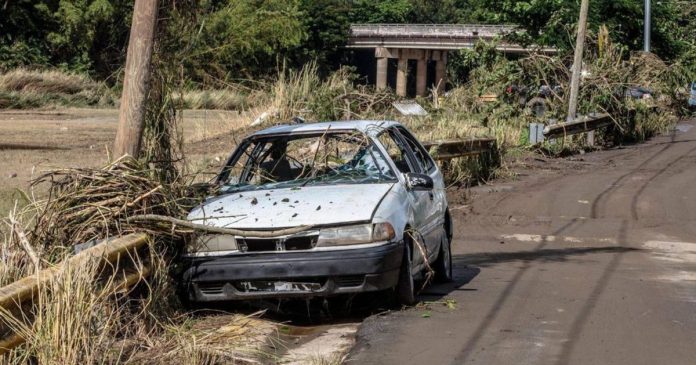 This story was originally published by Slate and is reproduced here as part of the Climate Desk collaboration.

The most tragic aspect of this week’s catastrophe in Puerto Rico, where Hurricane Fiona has wrecked infrastructure and knocked out electricity for millions of residents, may be that solutions for protecting the island and its population from extreme-weather events like this have been known for years—and none of them have been implemented.

The island commonwealth has long been a victim of its territorial status. In 2016, responding to a debt crisis primarily forced upon Puerto Rico by outside companies and creditors, the United States government imposed a financial oversight board on the island to push for spending cuts and other austerity measures—thus hobbling its ability to recover from the fallout from 2017’s Hurricane Maria, including the longest blackout in US history.

In the years since, Puerto Ricans have made clear their desires to use already-delegated emergency funds to expand renewable energy sources like rooftop solar, to do something about the influx of crypto nomads who are sucking up energy with mining rigs and driving up the cost of living, to reverse the privatization of their grid (which has led, ironically, to monthly blackouts), and to scrap the financial oversight board. Yet local and federal government has paid little heed; after Maria, the US delegated billions of dollars to bolster Puerto Rican climate resiliency, but not even one-fifth of that money was actually spent.

By the time Fiona landed on Sunday—around the fifth anniversary of Maria—poorly equipped Puerto Ricans lost their electricity and water sources again, although the small portion of island homes powered by solar panels and battery storage were able to retain electric supply. This storm was nowhere near as massive as Maria, yet the island still wasn’t sufficiently prepared. “The sad part is that we knew a lot of this would happen,” one local activist told Politico.

Although the commonwealth is a particular case, it’s not the only current example we have of government failing to act on knowledge it had well in advance to protect its citizens from repeated natural disasters. Just look to Jackson, Mississippi. As I wrote last year, the monthlong water crisis that hit the city in early 2021 starkly exposed the factors that made the state so vulnerable to climate damages, and pointed to what needed to be done: deep fixes to ancient and weak pipes and roads, adequate staffing for as well as winterization of water facilities, additional financial support for the city.

Neither the state nor city government addressed any of this with any urgency, and now the past has repeated itself. Last year, harsh winter storms knocked out Jackson’s water treatment facilities and obstructed roads and relief systems; in August of this year, floods overwhelmed the water plants and kicked off a series of debacles, contaminating residents’ water supply. There had been time to prevent this, but shockingly little was done. The state government only threw its capital city $3 million for water fixes after the council requested $47 million, then blocked city plans to relieve citizens’ debts and to raise more money through sales tax increases.

The mayor also consistently came up short on other long-term plans to protect his constituents’ water. Jackson’s people have taken it into their hands to sue the city and the Mississippi State Department of Health, hoping to hold their leaders accountability for failing to provide a life necessity. (Similarly, in 2019, Puerto Ricans took it upon themselves to protest in large numbers and oust their corrupt governor.)

The storms that ruined Jackson’s water last year were a spillover effect of the very storms that flattened the Texas power grid in winter 2021, leaving hundreds to freeze to death. As I wrote earlier this year, the resilience of the Texas’ energy sources was subsequently touted as a priority for the state’s government—which only passed two weak bills to address the problem, leaving the remaining rot (poorly protected gas lines, insufficient power capacity, expensive costs) to fester.

Fears rose again and again over whether Texans would survive another blackout in either extreme heat or cold; individual power plants collapsed time after time, though preemptive statewide requests for consumers to curb power use helped to avoid mass blackouts during a searing heat wave. But no one in the Lone Star State is under any illusion the horrors of the 2021 blackout couldn’t happen again: Management of the grid has become a key issue for the Texas governor’s race.

What the examples in each of these areas show is an exhausting, angering cycle: Disaster strikes under-resourced areas, engaged citizens propose solutions, governments ignore them, and disaster arrives yet again. If the years since Hurricane Maria have shown us anything, it’s that all these climate horrors are not abating—they’re showing up stronger and stronger each time. The only way to prevent this from overwhelming us in the years to come is to actually use the money we have to replace ancient water pipes, install further protections for treatment plants and energy sources, build up stockpiles of backup and alternative energy, and give the residents of these regions more say in the process.

We have examples of how things can indeed improve if such measures are taken—just look at California. Yes, the state did have a blackout scare just weeks ago thanks to pressing heat waves, and is currently dealing with a megadrought. But its government has been able to mitigate the impact, as it has proved responsive to its many, many environmental emergencies.

The Golden State bolstered resilience of electricity sources, spent money to back up energy reserves, sped up the development and deployment of clean energy sources, employed solar energy and battery storage to destress the grid, fined misbehaving utilities, and even approved microgrids so local communities could protect themselves. And finally, with an early warning system, California was able to advise residents to curb power use (much like Texas actually did during this year’s blackout scare, but had failed to do in 2021).

Even so, much more could be done to avert resource shocks. The federal government, at least, has been finally doling out some repair assistance, through COVID aid for states, infrastructure bill portions for wastewater and drinking water, plus Inflation Reduction Act incentives to support an expansive range of power sources. But there was much squabbling to get even these measures passed, while lots of other climate-addressing measures were scrapped, for the time being. And it will take years to actually get all these funds out there to the people who need them; little wonder, then, that some are demanding the federal government just take control, right now, of the emergency response to Jackson’s water crisis.

All these incidents couldn’t make clearer what needs to be done: to listen to residents of climate-vulnerable areas—which, at this point, encompasses basically everyone—and take aggressive climate-protection action sooner than later. Otherwise, we’ll just see the same tragedies, again and again and again.