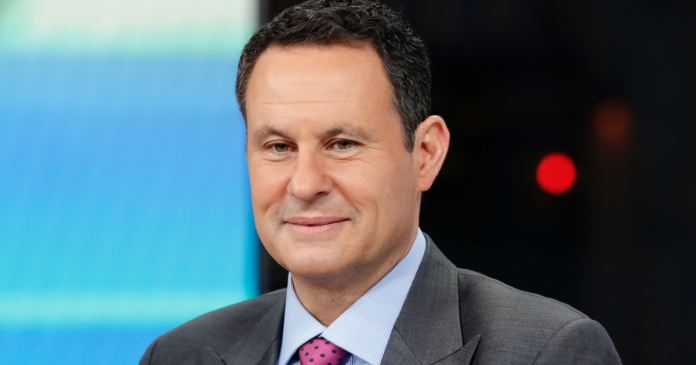 In the fog of misinformation and conspiratorial pontification after the feds searched Mar-a-Lago, Fox News this week aired a particularly noxious image for its millions of viewers. That doctored photo—which showed Ghislaine Maxwell, the convicted sex trafficker and notorious pal of Jeffrey Epstein—giving a foot massage to the judge who approved the search warrant at Donald Trump’s Palm Beach residence—was broadcast Thursday on Tucker Carlson’s show, one of the most watched cable news programs in America.

Brian Kilmeade, who had been filling in for Carlson, told viewers: “So a picture of Bruce Reinhart. This is the judge in charge of the, as you know, the warrant. We’ll see if he’s going to release it next. He likes Oreos and whisky.”

If that was an effort at parody, Kilmeade gave no indication of that. The sharing of the photo, which replaces Epstein for Reinhart, prompted immediate outrage, as well as warnings that the judge’s safety could be further jeopardized as violent threats against him continued to swell across the internet.

On Friday, Kilmeade offered this explanation for sharing the phony photo. But as far we can tell, such clarification has yet to air on Fox News.

Last night while subbing for Tucker Carlson, we showed you an image of Judge Bruce Reinhart w/ Ghislaine Maxwell that was sourced on screen to a meme pulled from Twitter & wasn’t real. This depiction never took place & we wanted to make clear that we were showing a meme in jest.

The ongoing attacks against Reinhart, which have prompted Google searches for “Bruce Reinhart Epstein” to trend, come amid wider threats against those perceived as responsible for the investigation into whether Trump may have violated the Espionage Act and other laws. In his first and only statement since the FBI searched Trump’s golf club, Attorney General Merrick Garland on Wednesday defended law enforcement officials against the torrent of attacks, adding that he would “not stand by silently when their integrity is unfairly attacked.”

“The men and women of the FBI and the Justice Department are dedicated, patriotic public servants,” Garland said.