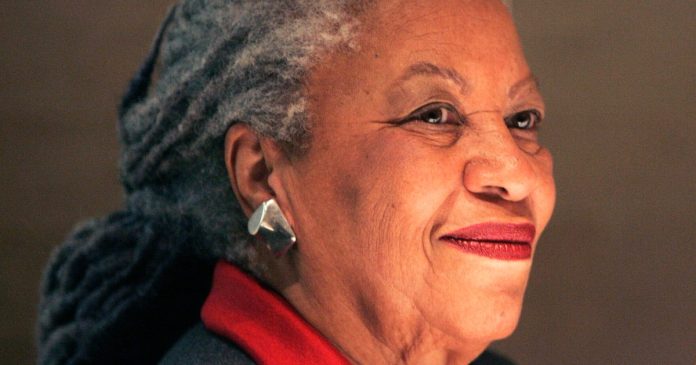 June 19 marks the day that Major General Gordon Granger rode into Galveston, Texas, in 1865 and announced the end of the Civil War and the end of slavery. It had taken two and a half years for news of President Abraham Lincoln’s Emancipation Proclamation, which legally freed enslaved people, to reach Galveston; it took 156 additional years for the US government to declare Juneteenth a federal holiday in this country, even though Black communities had celebrated the day for a century and a half.

Today, Juneteenth parades and festivals are taking place across the country; tomorrow, federal employees and those who work for 17 states will have a paid day off; and, yes, corporations are doing their damnedest to commercialize the holiday. In lieu of stocking up on Walmart’s Juneteenth-themed ice cream, I’d like to offer this 1978 recording of legendary author Toni Morrison, who at the time was a single mom who had just published her third novel, Song of Solomon.

In it, Morrison begins to describe what freedom means to her, as she talks about her second novel, Sula—the story of the friendship between two Black women in a racist midwest town, one of whom takes on the responsibilities of society and her community, and the other, Sula, who rejects them.

“I suppose The Bluest Eye was about one’s dependence on the world for identification, self-value, feelings of worth,” Morrison tells the interviewer, speaking slowly and softly. “Whereas I wanted to explore something quite different in Sula, where you have a woman who is whimsical, who depends on her own instincts. Both exaggerations I find deplorable, but my way is to push anything out to the edge, to see of what it is really made, so that Sula would be ‘a free woman.’”

“There’s a lot of danger in that, you know,” Morrison continues. “Because you don’t have commitments, and you don’t feel that connection.” Then she pauses, and delivers the line I’ll be thinking about the rest of the day: “I think freedom, ideally, is being able to choose your responsibilities. Not not having any responsibilities, but being able to choose which things you want to be responsible for.”

Watch the full recording, rebroadcast on the series “All Arts Vault” in 2019, here.